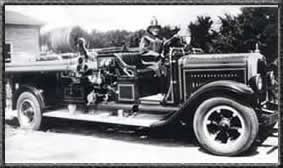 In the spring of 1837, the banks of the Fox River were overflowing with floodwaters. The farm family of Charles V. Carpenter from Uxbridge, Massachusetts could travel no further.

The long journey started months before using oxen to pull carts. Their destination was the Rock River. Accompanying Charles was his brother Daniel C. Carpenter, his wife and his ten-year-old son Julio.

It wasn’t long before these thrifty New Englanders began to visualize the opportunities that stretched before them. The narrow green valley of rich acres sprawling with black walnut trees and abundant water from the Fox River kindled the imagination of these settlers and they named the area Carpenter’s Grove.

This area soon became a thriving logging industry with the river providing power for the machinery used for the industry. The Carpenters remained here and in the fall built their first farmhouse in the north section of town, later to be known as “Old Town,” on the east bank of the river.

In 1840 Joseph Carpenter, the brother of Charles, also settled on this land. Here is where Angelo would grow into manhood. He obtained a quarter interest in his father’s first investment, a carding mill and cloth-dressing mill. Angelo assumed a management position in 1850 and soon became sole owner.

In 1853 a man named George Marshall opened a shop that manufactured and repaired reapers. By 1864 he acquired two partners and a stock company was formed and incorporated. This later became the Illinois Iron and Bolt Company.

Through the years of 1855 and 1871, Angelo Carpenter had many accomplishments. A two-story school was built along with a planning mill, post office and Valley Woolen Mills. He also gained a financial interest in the Illinois Iron and Bolt Company.

In 1868 Angelo founded Star Manufacturing. During this time Angelo controlled and limited the sale of intoxicating liquors within the village limits. The Carpenter family never sold a piece of land without a clause in the contract that forbids the sale of liquor.